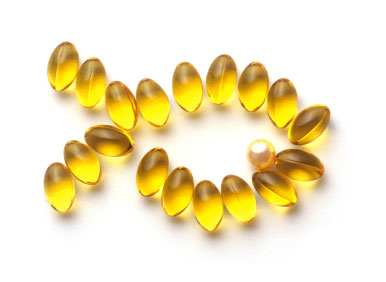 What exactly is omega-3? How does it contribute to our overall health?  How much omega-3 is enough, and if we need more, how do we get it?

For answers to these and other questions, we turned to Simon Evans, Ph.D.  Dr. Evans is co-author, along with Paul Burghardt, Ph.D., of Brain Fit for Life, a User’s Guide to Life-Long Brain Health and Fitness.  Dr. Evans’ focus is on the nutritional choices we can make to help keep our brains healthy.  Many of his suggestions can be found in the nutrition section of this website.  Our discussion focused on the role omega-3s play in helping people enjoy better emotional and psychological wellness, and how to boost our omega-3 levels.

SIMON EVANS (SE):  Omega-3 describes a class of essential fatty acids.  Categorizing them as “essential” simply means that we must ingest these substances – our bodies don’t have the capacity to make them. You can’t really have a discussion about omega-3 fatty acids without also talking about their “siblings” – omega-6 essential fatty acids.  The two have a “yin and yang” relationship in the body, typically performing opposite yet equally important jobs. Each one is needed to balance the other.

DT:  How do the omega fatty acids work?

SE:  Although it’s more complicated than this, a very simple description is that omega-6 molecules play an inflammatory role, signaling the body’s immune system to turn on. Omega-3 molecules are anti-inflammatory, helping to signal the immune system to turn off. They do their job in the body by breaking down into different hormones or signaling molecules which either activate (in the case of omega-6s) or deactivate (in the case of omega-3s) the body’s immune system.

DT:  What’s the connection between inflammation, omega-3s, and our health, specifically our brain health?

Additionally, research studies in animals have shown that, when deprived of omega-3s, the brain’s levels of the chemicals serotonin and dopamine – both essential to the regulation of mood – are reduced. Science has yet to determine exactly how that happens; we just know that omega-3s help protect serotonin and dopamine levels. That means omega-3s can be an important tool in battling depressive illnesses and anxiety.  We’re also just beginning to study the role omega-3s may play in helping antidepressant and anti-anxiety medications work better.

DT:  Why don’t we hear more about omega-6s?  Are we deficient in those, too?

SE:  Actually, the vast majority of Americans have more than enough omega-6 in their systems.   Omega-6s are found in vegetable oils. Corn oil, which is a staple in the American diet, is about 50% omega-6.

SE: Omega-6s are not bad — both of the omegas are beneficial — but the two can do their jobs properly only when they are in balance.  Earlier in the evolution of man, the ratio of omega-6s to omega-3s in the human body was estimated to be about 4:1.  Today, it’s closer to 20:1. That’s why we need to pay attention to boosting our omega-3 levels, to bring the two into closer alignment.

SE:  Since we can’t make our own omega-3 molecules, we need to ingest them either through food or through supplements.  The primary food source is fish.  All fish deliver some omega-3 fatty acids, but some are richer sources than others.  Unfortunately, the most omega-3-rich fish are not necessarily the safest, healthiest alternatives.  As with most every choice we make about our health, there are trade-offs to balance.

Generally speaking, the higher a fish is in the food chain (which is a simple term to describe nature’s very complex hierarchy of living organisms by which a species feeds on those “lower” in the chain and is food for those “higher” in the chain), the greater its concentration of omega-3 fatty acids.  That’s because fish produce omega-3s from algae, which is concentrated in their body mass or meat.  As that mass increases (for example, when larger fish consume smaller ones), the concentration of omega-3 rises.  But here’s the trade-off:  The higher a fish is in the food chain, the higher its levels of other, toxic substances such as mercury and PCBs.  So the nutritional challenge is to focus on those species with higher omega-3 levels relative to their levels of these dangerous substances.

SE:  There are fish choices, such as sardines, that are low on the food chain, yet high in omega-3 and lower in contaminants.  Salmon, herring and canned tuna are also good choices.  By comparison, mackerel is an excellent source of omega-3, but its mercury content is among the highest of all fish.

DT:  What else should we keep in mind when shopping for fish?

SE: Interestingly, farmed fish can actually be lower in omega-3s than fish caught wild.  That’s because fish raised in a controlled environment are frequently fed corn, which results in higher levels of omega-6s relative to omega-3s.  So if your goal is to boost your omega-3 levels, this is another consideration.

SE:  The other option is to take an omega-3 supplement, also known as a fish oil supplement.  A dose of 1 gram per day is commonly recommended – that’s equivalent to two standard 500 mg fish oil capsules. When shopping for fish oil supplements, it’s important to check the package for a statement of purity, which will state that the capsules have been processed to remove harmful substances like mercury and PCBs.

DT:  Are there risks involved in taking fish oil supplements?

SE:  It’s always wise to speak with your healthcare provider before adding any supplements to your diet, in the event that they may interact with other medications or supplements you may be taking. That said, the medical literature contains no clear indications of risk in adding omega-3s to the diet.  While excessive levels of omega-3 in the bloodstream could lead to bleeding or clotting risks, one would have to ingest tens of times the recommended daily dose to reach that potentially toxic level.  It should be noted that one recent published study made a connection between elevated levels of omega-3 and the development of prostate cancer, but much more research is needed to establish that link.

DT:  I’ve seen mentions of omega-3 and flaxseed oil on cereal boxes and other food packages. Is that a good source too?

SE: Omega-3 molecules come in several forms, ranging from long-chain toshort-chain. The omega-3s found in plant-based sources like flaxseed are mostly short-chain omega-3s.  They have been shown to promote cardiovascular health and to decrease insulin sensitivity, so they’re definitely worth considering as part of your overall nutrition plan.  But they have not been shown to promote brain health.  When it comes to helping your brain function better, long-chain omega-3s like those found in fish and fish oil supplements are more likely the key.

Simon Evans, Ph.D., is a Research Assistant Professor in the Department of Psychiatry at the University of Michigan.

Warning Signs of Eating Disorders and Proven Treatments to Help

5 Triggers for Seasonal Affective Disorder in the Summer

Parents, Perk Up to the Dangers of Caffeine for Teens